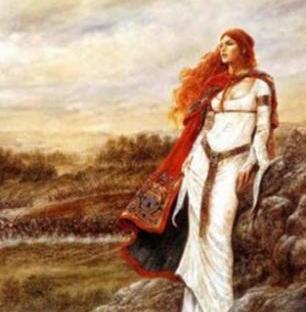 Have you ever heard it said that when healing is needed, a plant will show up that bears the specific virtue of meeting this need?

I’ve been sitting here at my computer attempting to find the mandatory texts that I need for an up coming graduate diploma programme that I’ve enrolled in. This week has been a bit of a hormonal rollercoaster. I’m feeling overwhelmed, and I’m adding to an already burgeoning list of responsibility (something I’ve now identified that is a pattern for me). Because I’m the type of person who distracts myself with academic pursuits when I’m struggling to keep my head above water.
If you’re familiar with my history of sleep paralysis and chronic insomnia (20 years!!), how I managed to pull off a degree and several other qualifications, as well as bearing children, during that period is nothing short of a miracle (No, I’m not blowing my own trumpet, I really don’t know how I managed it.). Suffice it to say, now that that particular issue has been resolved, and I can sleep (oh Hallelujah, how I can sleep!), my brain has a lot of regenerating and a lot of catching up to do. And so, every now and then, I do doubt myself.
And this wonderful ride of peri-menopause seems to amplify what is already lurking in the shadows; anxiety, depression, randomly triggered flashbacks, self-doubt etc etc. Blerg.

But I digress, because as I sit here trying to concentrate, there’s a large Rosemary shrub in my peripheral vision that is commanding me to write of her just now. And she does have a commanding presence. She is at her peak. Her delicate pale blue blossoms speak of gentleness, but really belie the powerful healing that she offers.

I can’t help but be reminded of a full-bodied shiraz, and the aroma of a Sunday roast when I smell or taste Rosemary’s rich pungency (yes, even as a vegetarian). I crush a resinous sprig between my fingers, and inhale deeply. The scent penetrates and infuses my core. It’s warmth diffuses strength into my heart, and comfort to my soul. A richness, on being and acting, but this isn’t the over-the-top excesses of pomp and ceremony. Instead I recall an image of tapestries interwoven with fine threads of gold, which shimmer and dance in the firelight of the hearth. Rosemary is a herb of the hearth, and the hearth belongs to a queen. This is the regal dignity of a warrior queen.  A queen who isn’t afraid to cut through the fat, and the crap, to expose the bare bones of truth. Yet she also encourages her loyal subjects with genuine warmth and her own fierce loyalty.

There’s an old folk saying “where Rosemary flourishes, the lady rules’. Perhaps it is fitting then that the owners of this house (and the guardians of this rosemary) are a family of six women.

Evidently this particular rosemary invokes Boudicca, that ancient Celtic warrior queen who stood against the Romans.  (I was at a friend’s place for dinner not long after this rosemary started whispering to me, and lo and behold, a novel about that famed queen sat on my friend’s bookshelf. Sweet synchronicity.) Another rosemary may invoke the Queen of Hungary for instance.* Or Queen Esther, another example of dignified strength. Gentle, or fierce, in her persuasion, this is a herb that kindles the inner fire.

In the archetype of the Warrior Queen, there is an element of self-sacrifice for the greater good. A defender of the realm, often with a very personal element. I also see Rosemary for those who give much of themselves but have depleted all reserves.

Rosemary has a long association with the memory, so perhaps it is no coincidence she speaks to me just now. Ancient Greek, and Elizabethan students wore rosemary wreaths to help retain what they were studying. It was also worn at weddings and funerals to symbolise loyalty and friendship – both acts of keeping loved ones at the forefront of our minds.

John Parkinson said of Rosemary..” it helpeth also a weak memory by heating and drying up the cold moistures of the braines, and quickening the senses.”  As such, Culpepper placed it under the dominion of the sun, and further extolled it’s virtues as a warming herb, which includes ‘lifting the spirits’ and ‘dispelling the mood’, an encouraging anti-depressant.

It is via it’s action on the digestion, and in particular on the gallbladder that we see this virtue of ‘cutting through the fat’ not just metaphorically, but quite literally. Rosemary helps the liver and the gallbladder to deal with those rich excesses by stimulating the flow of bile. And I suppose this is why it is much used in mediterranean cooking, particularly where meats and oily foods are concerned.
Dr Franck Ledoux (in his book on phytoembryotherapy) refers to rosemary’s ability to ‘eliminate glues (accumulated toxins in the mucous membranes in the form of mucous, tissue oedema, and wastes stored in fat.) And as an antioxidant, she simulates glutathione production and thus helps not only to protect the liver but also the blood vessels, heart, nerves, and brain.

Modern research has shown that Rosemary has an anti-inflammatory action, is anti-spasmodic and can be used in the prevention of asthma, has anti-tumour properties, can be used for under-active thyroid, and is a powerful preventative for Alzheimer’s.

David Hoffman says that Rosemary is “a circulatory and nervine stimulant, which in addition to the toning and calming effect on the digestion makes it a remedy that is used where psychological tension is present.”

This virtue can be applied both internally and externally (as an infused oil or linament for muscular soreness through to stimulating the scalp in hair loss), although I am inclined to observe the energetics of the plant and the constitution of the person for a truly holistic and individualised approach. Rosemary is not one that I would give to a hot, angry, hypertensive sort of person. I might consider her a whole body tonic, for typically cold and weak people (or those prone to debilitation from chronic stress, for example) with fogginess and/or poor memory, prone to bouts of depression and/or anxiety, and poor digestion of fats in particular, where gas and bloating are present as well as general inflammation of the gut.

For someone who has lost heart.

For someone who is stuck.

Or someone who needs their inner flame reignited.

Habitat & Description: A quintessential mediterranean herb, there is an imagery evoked just by virtue of this plants native habitat, of an inner strength and resilience. Of ‘resistance to life’s difficulties’ (Ledoux and Gueniot).  It is a shrub that grows on dry, stony, and calcerous soil, often on cliffs or hill sides where it is watered by the sea mists (hence it’s name). It also often faces high winds, and is often a pioneer plant of degraded soils.  In cultivation, it requires a sunny spot and although it likes well-drained soil, it also thrives in sandy, poor soil. It can handle the heat well, and is drought tolerant.

A member of the Lamiaceae (mint) family, it is strongly aromatic. You can feel these aromatic oils as much as you can smell them, by the resinous quality of it’s short, sharp, narrow leaf. The leaves grow opposite to each other on slender upright woody stems. It’s small white or pale blue flowers appearing in pairs at the end.

For me, the Doctrine of Signatures is not just about what a plant, or particular part of it, looks like that will tell you what it’s good for. The whole being of the plant communicates what it is here for – it’s preferred habitat and climate, it’s smell, it’s feel and taste, as well as those odd and insistent whisperings of hidden analogy.

*Key Indication: to warm and strengthen, to get things moving and to help things flow, to protect.

Harvesting: The leaves can be gathered at any time of the year, but Rosemary is at her peak when she is flowering. (Stephen Church says that Winter gathered Rosemary has more of an action on peripheral circulation, whereas the Summer gathered tops are more of a nerviness stimulant.) Gather the flowering tops in summer and hang in a warm dry place in bunches to dry. Once dried, strip the leaves from the stem and store in an airtight container in a cool, dark, dry place.

Infused oil – The fresh leaves may be infused in oil to use as a massage oil for the scalp, or incorporated into a balm for sore muscles. Gather the flowering tops, chop them up and pack them into a jar, cover with organic extra virgin olive oil, or sweet almond oil. Make sure the leaves are fully covered by poking them down into the oil with a chopstick or twig. Screw the lid on and let sit in a warm sunny spot for 2-3 weeks. Give the jar a bit of a shake every day. When the time is up, strain through a nut milk bag or fine mesh strainer into another clean, sterilised jar (sterilise by boiling the jar in a pot of water for 5 minutes). Let the oil sit, so any sediment and water can separate, at which point decant the oil off into a new jar. Don’t forget to label the jar with particularly like when it was harvested and first infused, and then when it was strained, as well as the name of the plant. This infused oil can be used as is, or further incorporated into a balm.

Tincture – It can be made into a tincture of 1:3 fresh herb:menstruum (water/alcohol solvent) ratio with 45% alcohol, and macerate for 2-3 weeks, as well as a simpler’s tincture of packing a jar with fresh or dried herb and then covering with good Vodka and let macerate (sit and extract the medicinal qualities) for 2-3 weeks. Dosage may be from 10 drops up to 2ml/ 3x day.

Tea – I’ve been making myself an infusion of the fresh sprigs as a pre-breakfast kickstarter. I take about 4 or 5 sprigs of the tips, and pour on just boiled water and let sit for 5-10 minutes. You could also use a tsp of the dried herb and infuse in the same fashion.

Often I just like to have a sprig of fresh rosemary sitting next to me as I study or work, which I can pick up and smell when I need to remember something important. And also because I just like the smell. And sharing my space with a green being 🙂

* The Queen of Hungary inspired the invention of a water that was used by her ‘for outward application to renovate the vitality of paralysed limbs, [and] who was said to have been completely cured by its continued use.’  Mrs M. Grieve. ‘A Modern Herbal’.

View all posts by Michelle Carnochan

2 thoughts on “On Rosemary and Remembering the Warrior Queen”